When Northern Irish journalist Lyra McKee was murdered in Derry in April 2019 aged just 29, she was survived by her articles that had been read and loved by thousands worldwide. This memorial anthology weaves together the pieces that defined her reputation as one of the most important and formidable investigative journalists of her generation. It showcases the expansive breadth of McKee’s voice by bringing together unpublished material alongside both her celebrated and lesser-known articles.

The Hill We Climb Gorman Amanda 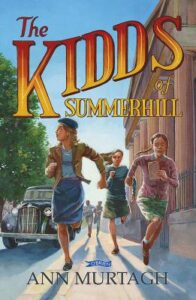 The Kidds of Summerhill by Ann Murtagh