Peter Popham’s acclaimed biography of Aung San Suu Kyi, ‘The Lady and the Peacock’, concluded in November 2010, when she was finally released from seven and a half years of house arrest. But the greater drama was only just beginning: a wave of reforms that followed her meeting with the President, the release of most political prisoners, the partial lifting of censorship; then the re-registration of the National League for Democracy (NLD) as a political party, and Suu Kyi entering parliament for the first time. This book is peppered with interviews and true stories which will bring this fascinating country, and its contemporary reality, vividly to life. 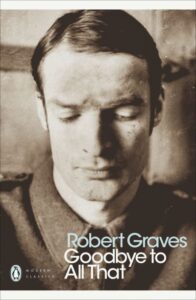 PMC Goodbye To All That