Alfie Byrne was that rarest of things: a genuinely popular politician, and a genuine independent. He is still a figure of legend in Dublin, where he was elected Lord Mayor ten times. He was also a TD and a Senator; and only a backroom deal prevented him from becoming the first President of Ireland in 1938. Rising from inner-city Dublin to become known as the ‘Lord Mayor of Ireland’, he was a truly remarkable figure. 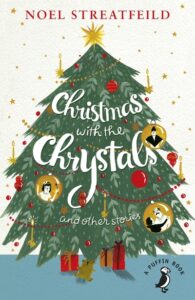 Christmas With The Chrystals